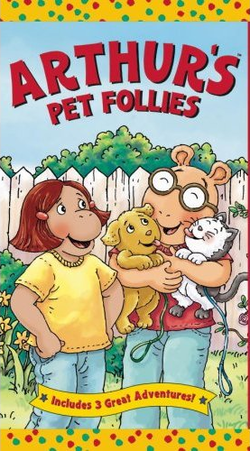 Arthur's Pet Follies is a VHS released on January 27, 2004 with a season 4 episode, a season 3 episode, and a season 1 episode. It is approximately 40 minutes long.